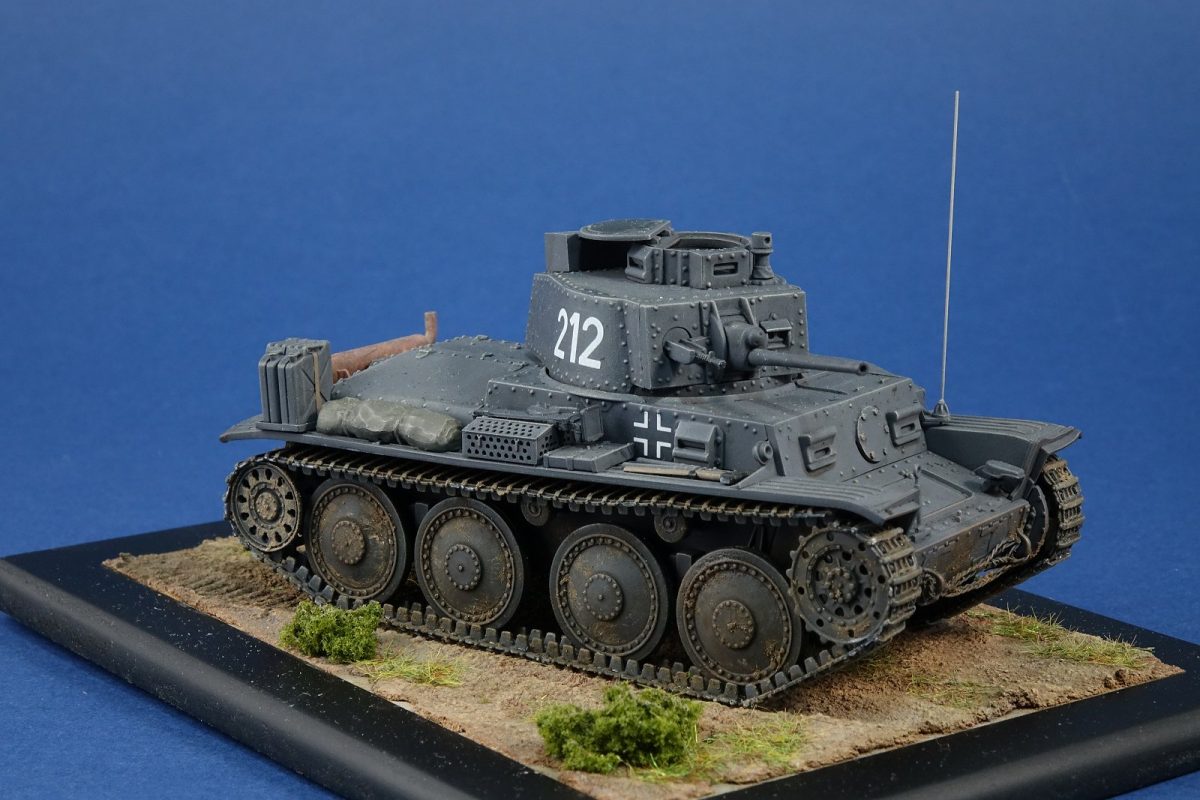 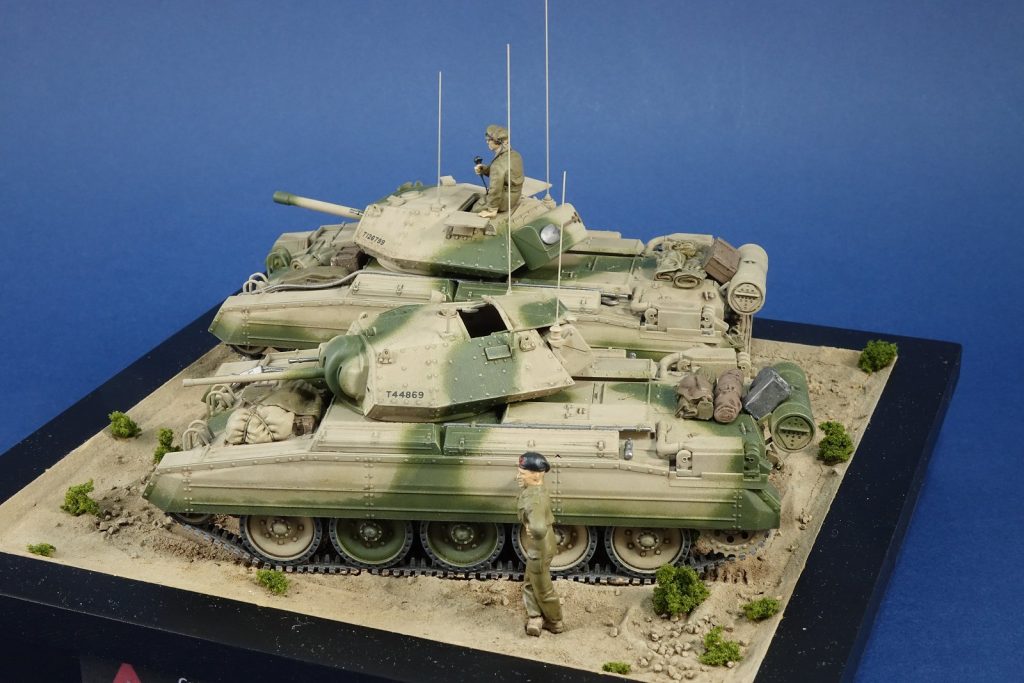 I was talking with a work colleague recently and we got round to the thorny problem of ‘to do’ lists. I suspect everyone makes them in one form or another but how closely do you stick to them? My colleague was firmly of the opinion that she needs to try and complete the items on the list as soon as possible and not put any of the tasks off, no matter how boring or unpalatable they may be. Her argument was that if you keep ignoring an item on a list it becomes a ‘thing’ rather than a job. The more you avoid that ‘thing’, the bigger and more scary it becomes. It doesn’t matter how small the task really is, the longer it is left, the harder it becomes to complete.

As a modeller I can relate to that argument so strongly. My shelf of shame always has several models on it in various stages of construction. Often they only require a couple of evenings work to move them on to the next stage, or even to complete them but the longer they are left, the harder I find it to go back to them and finish what I started.

Each year I start more models than I complete, or at least it seems that way at times. In the last column I listed several projects I was working on. I managed to complete both the Crusaders and the Pz 38(t) just in time for the Bolton show in mid January and felt quite pleased with myself. Then I came across a couple of other unfinished projects tucked away in their boxes. Rather than start yet another project (always so tempting) I resolved to finish both of these kits first. I know there are a few others in a similar state in my collection but if I can get a couple finished off each time, then hopefully I can catch up with the backlog (hmmm, small chance of that I think…) 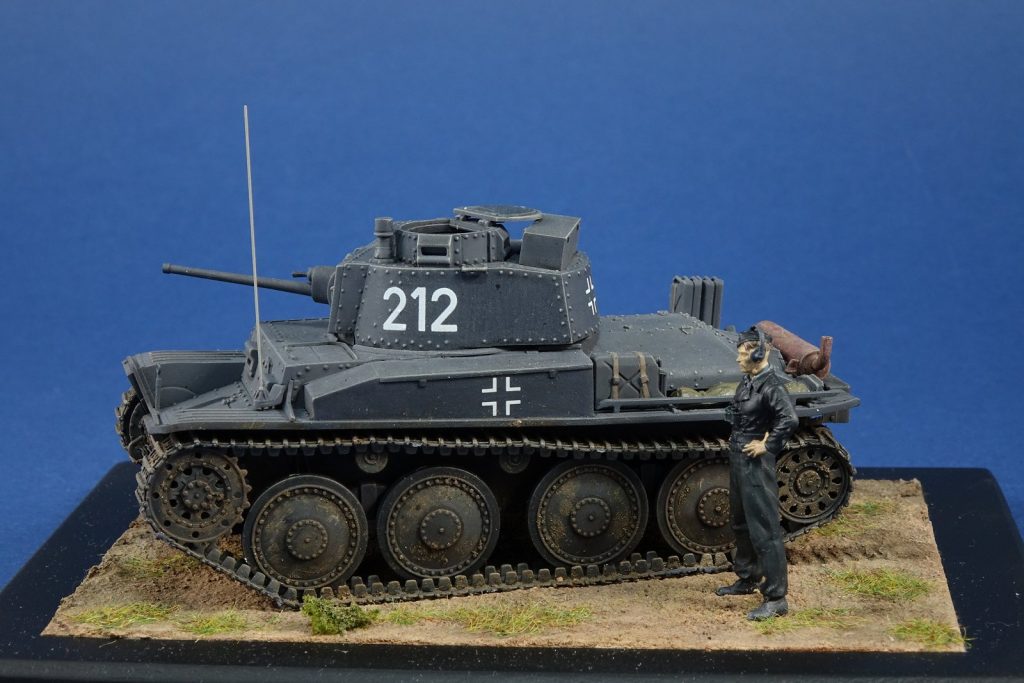 Thus it was that I took a part-built IS-2 with me to the Bolton show. I knew I could finish off most of the remaining construction during the day if I concentrated on the task. Modelling behind the club stand is something that several of us do on a semi-regular basis. It serves a couple of purposes. Firstly it gives us something to do during the day and prevents (or at least reduces) the temptation to  start wandering the halls several times and buying yet more kits. Secondly it can provide an opportunity to start a conversation with the visitors. They are often interested in what we are doing and start asking questions about the kit we are working on or the technique we are employing. For me, these conversations are a vital part of making our hobby more accessible.

Reading about a technique or even watching it on a video isn’t always the same as being able to talk with the modeller whilst they are working is much more immediate, whether it’s within the confines of a private build-club, at your local club or when visiting a show. Even the most experienced modeller never stops learning and part of my enthusiasm for the hobby is precisely that – wanting to  refine and develop my skills with each project I take on.

The Bolton show was a case in point. I spent some time adding some cast texture to the IS-2. The real vehicle has a number of large cast components with a distinctive rough texture resulting from the sand moulds that are used. I was using a tried and tested technique, brushing liquid cement over the part and then gently stippling it with an old cut-down paintbrush. The cement slightly softens the surface of the plastic and that allows the texture to be created by the stippling action. It takes a little practice to get the technique right but it’s very effective. Several people stopped and asked what I was doing, so I was able to give a practical demonstration and if I encouraged a couple of people to try something new and add another skill to their toolbox then it more than justifies the hassle of packing an extra box with tools and a kit into my car.

In fact, several of my shelf queens started life as show projects and that’s part of the problem – you reach a point in a project where it becomes awkward to take it to a show and work on it, perhaps because it’s ready to paint or because there are too many sub-assemblies and small parts that might go missing. Therefore I tend to choose a new kit to take with me, something straightforward that I’m likely to build mostly out of the box. When I get back home it gets put on one side whilst I concentrate on the model on my bench and then it gets forgotten. Having said all that, as long as I’m building models I’m happy but it would be nice to finish more of them occasionally and get some of those ‘things’ off my mind.